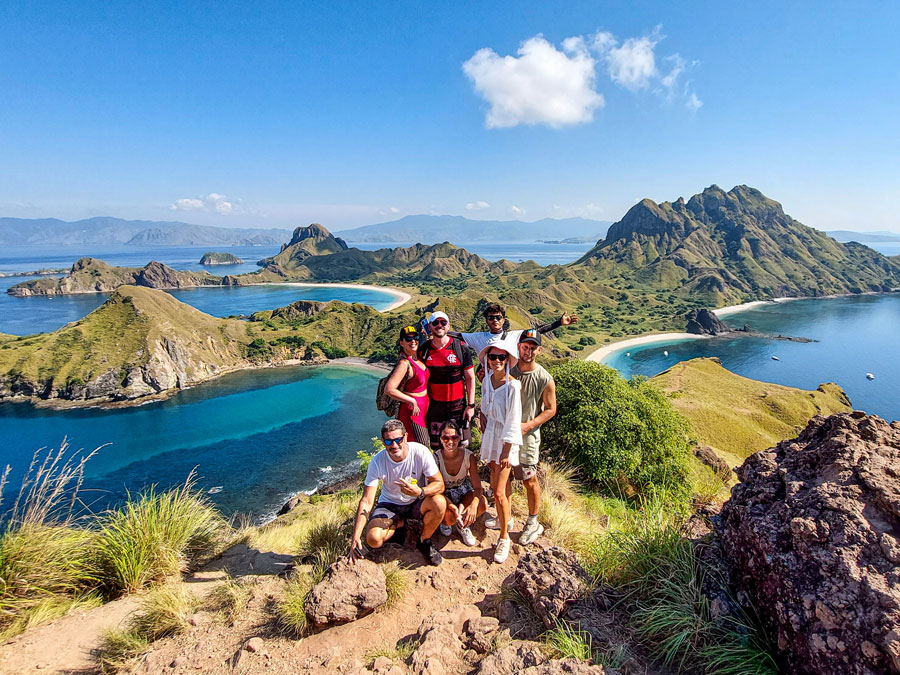 Padar Island is a tiny, remote island that you’ll find in the northeastern corner of Komodo National Park. It’s not very large and it doesn’t have many tourist amenities, but it does have some spectacular beaches and coral reefs. If you like to explore remote islands filled with natural beauty, then you will love spending time on Padar Island as much as we did. Below, we explain why you need to visit Padar Island in Komodo National Park if you get the opportunity. If you are currently planning a trip to Indonesia or are hoping to go there sometime soon, this blog post may assist you. We have compiled an assortment of helpful tips on where to stay (and not stay), which activities are best during what time of year, and other insider information about traveling there— all with the intention of making your next trip to Indonesia more memorable and impactful than your last one!

Why you need to visit Padar Island in Komodo National Park

The best reason to visit Padar Island is to experience the remote and wild nature that you can only find in Southeast Asia. Padar Island is the most remote island in Komodo National Park, and is only accessible by boat. There are no roads, not even dirt paths, that lead to and from this tiny island. You can only get there by boat, and it takes a considerable amount of time and effort to do so if you are using wooden boats.

Fortunately with our Day Trips we can reach Padar in just 1 hour as we are using our modern speed boats.

At the beginning, Padar Island was not very popular but due to its special view point on the top of the hill, Padar quickly became the main attraction. It is also a great opportunity to explore the nature and culture of Komodo and Padar. Komodo is a very unique place – a national park where you can see the legendary Komodo dragons. Padar, meanwhile, is a very small island that is part of the national park. If you are adventurous, visiting Padar would be a great experience as you can explore the island on your own and learn more about the local culture. Komodo National Park is also a great place to snorkel or scuba dive. There are many different dive sites around the park, and Komodo is particularly famous for its large abundance of marine life. You can also visit other uninhabited islands nearby, as well as some coastal towns, like Labuan Bajo.

The best time to visit Padar Island is during the dry season, which is between June and October. During this time, the water is the clearest in the year, the weather is dry, and the seas are calmer, so you can enjoy some excellent scuba diving and snorkeling. This is also the best time for visiting Komodo National Park to see the dragons when their presence is at its highest. During the dry season, there are fewer mosquitoes as well. If you are visiting during the wet season (November to May), you will have more clouds and more rain, which could impact your activities. Another good time to visit Padar Island is during the Padar Festival, which takes place between the end of October and the beginning of November. During this festival, there are a lot of cultural events and celebrations, including dragon dances and processions. You may want to consider visiting Padar Island during this time to get a taste of the local culture.

Padar Island is the perfect place to explore the surrounding coral reefs by scuba diving or snorkeling. The reefs in the area are renowned for their large quantity and diversity of marine life, and Padar Island is one of the best places in Komodo National Park to explore them. There are two main dive sites in the area. The first site is called The Wall, and it is a steep drop-off that goes down to about 30 meters. The other well-known dive site is Shark Bay, which is a sandy area that is home to a wide variety of marine life, including sharks and rays. There are many different dive sites around Padar Island, so you can visit them again and again and see something new each time. For landlubbers, Padar Island offers a variety of options as well. You can explore the nearby beaches, hike around the island (which takes about four hours if you do the complete full island tour), or just relax by the sea. You can also visit the small village near the park entrance and talk to the locals.

Where to stay on Padar Island

As we mentioned earlier, Padar Island doesn’t have many tourist amenities. For accommodation we recommend to stay with one of our two resorts in Komodo, Sudamala Komodo or Sudamala Seraya. We are located strategically in Labuan Bajo and on Seraya island, and with our speed boats we can reach any destination in the Komodo National Park.

Padar Island is a very remote island, so you must be careful not to pollute it. Do not leave any trash behind and keep the place clean at all times. Also, don’t bring any food to the island as you don’t know where it came from or what it contains. As Komodo National Park is home to very large and dangerous animals, it is important to observe their movements and behavior before getting too close to them. For example, don’t approach a Komodo dragon during its feeding time because it will be very aggressive at that time. And remember that these animals are protected by law, so you can’t feed them or try to domesticate them in any way.

Padar Island is the most remote and wild of the islands in Komodo National Park. You can experience the wild nature that Southeast Asia is famous for here, and it is a great opportunity to explore the nature and culture of Komodo and Padar. During the dry season, you can enjoy excellent scuba diving and snorkeling here, and you can also visit the nearby beaches, hike around the island, or just relax by the sea. Padar Island is the perfect place to experience Southeast Asia’s wild nature and culture, and we hope you visit it during your next trip to Komodo National Park.

No comments to show.